Recently I bought a Yamaha A4000 sampler on eBay, and since then I've been slowly building it up from its basic configuration. This acquisition is part of master plan that will be revealed in time...

This unit was really very bare bones, with no expansions, default 16 GB of RAM, and no hard disk, just a 3.5" floppy drive. Most importantly, it didn't come with the original content (the CD-ROM library) or accessories (power cables for future expansions). So it's effectively a blank slate, apart from the basic synthesizer waveforms initialized by the operating system on startup.

Apart from the obvious shortcomings in the accessory department, this unit was in near mint condition. Even the protective foil on the LCD was intact. I won't disclose the price I paid, but let's just say it was less than a typical Native Instruments KOMPLETE upgrade.

Obviously the first thing I did was to update the operating system to the latest (and most likely the last) version, namely 1.50. This could have proved difficult had I not had three things at my disposal: some high density floppy disks, a USB floppy drive from Amazon, and the la(te)st operating system files from Yamaha, kindly provided by Martin78.com.

I copied the operating system files to a floppy disk, then inserted the disk in the Yamaha A4000 and loaded it, as instructed in the user manual (not included; used a PDF copy found on the web). 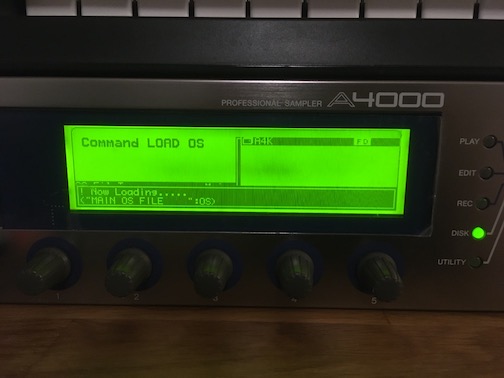 After a few minutes I was greeted by a message saying that the operating system was indeed loaded successfully, and would I now like to upgrade? 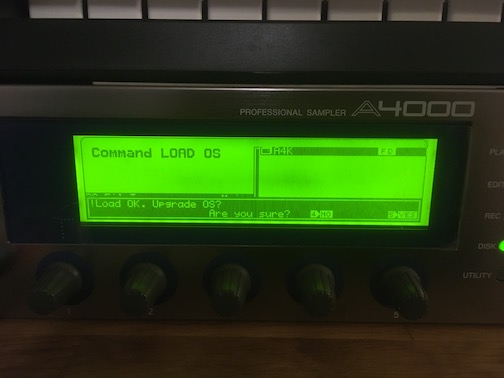 Of course I answered YES by pressing one of those notorious knobs on the Yamaha A4000, and some time later I had a sampler with the latest operating system, version 1.50. The version check shows this to be the case. These operating system files are no longer available on the Yamaha synthesizers site, but Martin78.com hosts them (and others may too), so thanks once again. 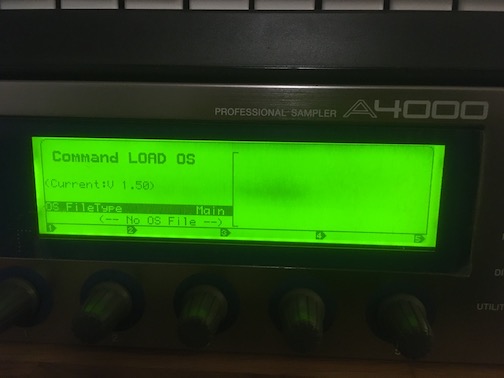 Stay tuned for more upgrades to this particular Yamaha A4000!