Kawai K5: As Digital As It Gets

One of the strangest synths in my collection is the Kawai K5 from 1987. This unabashedly digital synthesizer uses additive synthesis, and it has been characterized both "one of the worst-sounding and most difficult to program synthesizers ever produced" and "a very unique and unheralded synth, a real sleeper".

I got my K5 from Austria through eBay in February 2019. It has a 61-key velocity-sensitive keyboard with aftertouch, it weighs all of 13 kilograms and is built like a tank. Apart from these solid facts, it is perhaps easier to say what the K5 is not:

It is as far from analog as day is from night.

It was originally dubbed "Digital Multi Dimensional Synthesizer". You should be able to get an idea about the soundscape that was at the cutting edge at the time the Kawai K5 entered the marketplace by listening to an album like "Revolutions" by Jean-Michel Jarre, released in August 1988: 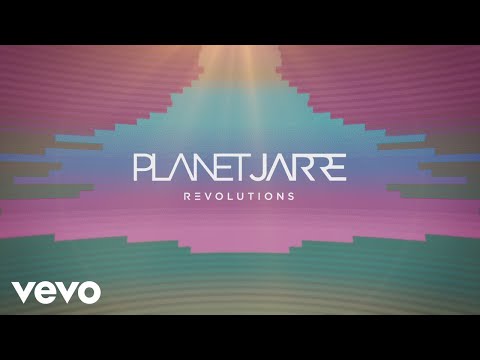 The K5 is listed as one of the synths used on the album (played by Michel Geiss), along with Roland D-50, ARP 2600, Synclavier and many others. Of course, it's impossible to tell which sounds come from the K5.

There is still a wealth of information on the web about the Kawai K5. For example, Herbert Janssen's K5 page is still up and running, and so is Kfuenf. For a very detailed contemporary account of the K5, refer to Paul Wiffen's review in Sound on Sound December 1987, available on the great mu:zines site. Sadly, the k5synth Yahoo group seems to be gone.

Actually, there is even a fresh demo of the K5 from December 2019: 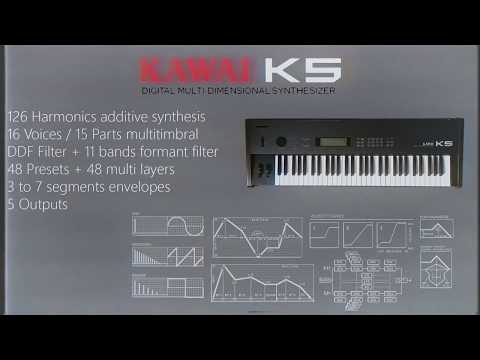 Seems like there is some modern appreciation for digital synths and the K5!

For sound generation, the Kawai K5 uses additive synthesis, a method that has never been very popular with the masses. In some ways, additive synthesis can be considered the ultimate synthesis method. It uses simple sine waves to generate more complex sounds, using the mathematical foundation established by Jean-Baptiste Fourier in the 1800s.

Additive synthesis can be difficult to master, right up there with FM synthesis. It definitely is very different from subtractive synthesis. One of the problems is the huge number of sine waves you need to manipulate. Synths like the Kawai K5 and its successor, the K5000, have tried to make it easier by letting you manipulate groups of harmonics (like odd or even ones) instead of having to deal with each individual sine wave.

Some virtual instrument plug-ins, like the late Cameleon 5000 by the late Camel Audio, and their later Alchemy (now part of Logic Pro X), have succeeded a little better with making additive synthesis more accessible, but it still isn't even close to mainstream. It was a bold move by Kawai to try and make additive synthesis accessible to the general public in the late 1980s and 1990s, but it didn't prove to be very successful commercially. Still, the additive synthesizers by Kawai are valued more as they are getting rare, and they are appreciated for their unique sound and technical foresight.

Kawai has made the full original sound card library available for download. They are supplied as Standard MIDI files, so you can just play them into your K5 using the DAW of your choice. They may also be available elsewhere as System Exclusive files, which can be transferred to the K5 using a suitable utility like SysEx Librarian on the Mac. Note that the K5 may have trouble keeping up with the transfer, so you need to be able slow down the transfer speed.

Even though the K5 has a large LCD, it is not exactly easy to program. Part of that has to do with the nature of additive synthesis itself, but especially if you have a burnt-out backlight and some sticky buttons, like I do, it makes you start to look for a computer-based alternative.

There are a couple of very old editors for the Kawai K5, but they are difficult to get up and running, since you need to use Atari ST and MS-DOS emulators. For a more modern option, you may find that the Edisyn application by Sean Luke helps a lot. I've been programming some patch generator tools for the K5, but they are still in development and for my own experiments, with no stable releases planned.

The most essential part of additive synthesis is determining the amplitudes of the various harmonics. For the basic synth waveforms like sawtooth, triangle and square wave, there are equations that can be used to generate the required values to enter, perhaps using a spreadsheet or other utility.

The second essential part is to make the sound come alive by varying the amplitudes of the harmonics using an envelope. Much like in FM synthesis, this may enable you to get by without a filter. The Kawai K5 does not have a dedicated amplitude envelope for each harmonic. Instead you assign every harmonic to one of four envelopes. For individual harmonic envelopes you need to look to the successor, Kawai K5000.

The Kawai K5 has no onboard effects whatsoever, so it is a good idea to pair it with anything you have: an effect pedal like the Zoom MS-70CDR(t), the effects in your DAW, a mixer, or a rackmount effects unit.

The K5 has four individual outputs, which are summed into a MIX output. Everything is in mono, so forget lush stereo panning for epic pads, although you could send one patch to two outputs and then do the panning in your DAW. The multi patches are an underexplored feature of the K5 anyway.

My K5 needs a some restoration, something like detailed by Jeroen Oldenhof in Kawai K5 Display Upgrade & Cleaning:

I have all the required materials, including a new backlight foil, some isopropyl alcohol, a new ROM chip and a new backup battery (the old one still has charge, but I might as well exchange it while the cover is open). There is a ton of good advice on the above web pages, so I just need an idle weekend to do the restoration.

At a time when "digital" was practically a synonym for "FM synthesis", Kawai swam against the tide and released an ambitious additive synthesizer that is still making waves over 30 years later.

The Kawai K5 definitely is much more than a footnote in synth history. But it was its successor, the Kawai K5000, that took things to the next level, so stay tuned for another additive piece.

Any links marked (t) take you to the Musikhaus Thomann web store. If you follow such a link and end up ordering something, we get a small commission.

Same goes for Apple Music links: if you don't have an Apple Music subscription yet, and end up getting one through the link on this page, we also get a commission.

Just thought it would be fair to tell you that. The Thomann links put a cookie on your machine (with your consent, asked the first time you visited this site.)